At LDN Properties, we don’t charge fees when buying houses and flats in Shadwell, so call us if you’re looking for a simple and stress-free way to sell your home for a fast and fair offer.

Our customers have highlighted various reasons they have for deciding to use LDN Properties to buy their property. Shown below are a range of typical reasons we have heard:

Our team are more than happy to discuss any queries you have regarding the sale of your Shadwell property, or any other property you are trying to sell. 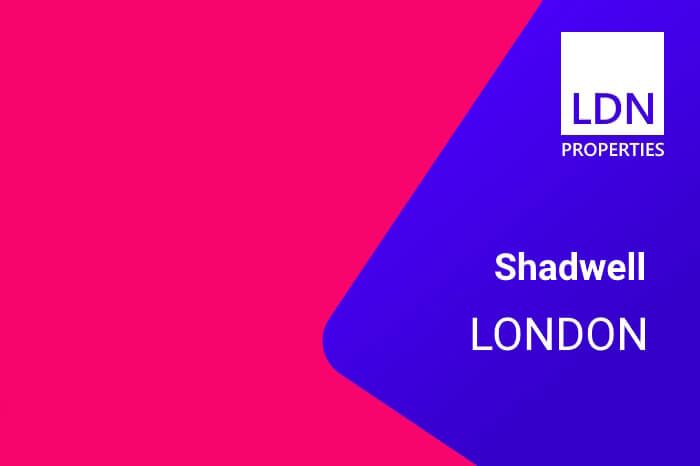 Interesting facts to discover about the London neighbourhood of Shadwell

Shadwell, which is part of the Tower Hamlets borough in east London, is identified in historical records dating as far back as the 1200s, although it was mostly uninhabited land until at least the 1500s. Since that time it has seen significant development and many changes, and there are many interesting facts to learn about this district’s past, present and future:

Questions to consider asking an auctioneer when selling your home in Shadwell.

If you’re thinking about selling your Shadwell home via an auction, you should know that this choice has certain pros and cons. It won’t require much work from you, because the auctioneer will prepare and advertise a listing for your house or flat that describes it and features several photographs of the exterior and interior, and then they’ll take bids on the property.

Property auctions are sometimes considered a gamble, as you might not get any bids on your home, which means that it does not sell and you’ll have to start again with finding a buyer, creating more delays. You might also only get a bid at the lowest price at which you agree to sell your home, which is known as the reserve price.

You may be asked to choose between the traditional or modern method of auctioning. With a traditional auction, your listing will be public until the day of the auction, when prospective buyers will be able to bid on it for a short amount of time. With a modern auction, your listing will be live for a certain number of weeks and bids can placed anytime until the listing expires. Whoever places the highest bid when the listing ends will be the buyer of your home.

Auctioning can take quite a long time, as you’ll be waiting for many weeks between the day on which you list your home for sale and the day on which the auction occurs. If your home sells, the buyer will then have roughly a month to complete the purchase of your property.

Also, auctioneers will often charge fees based on whatever sale price your home achieves, and this commission will be deducted from the proceeds. That can be a setback if your main aim when selling is to make as much money as possible. There are other options for selling that don’t charge any fees, such as quick home buyers like LDN Properties, who guarantee that you will be able to retain all of the proceeds from the sale.

If you’re thinking about using a property auction, consider emailing or calling companies to ask them some or all of the questions below. We have provided information on what to look for in the answers you receive, to help you determine whether an auction is the right choice.

How much commission will you charge me for selling my home?

As noted above, the typical property auctioneer will charge commission often based as a percentage of your home’s final sale price. You might be able to negotiate a lower fee, so it’s always worth asking individual auctioneers.

Do you have a track record of selling properties like mine?

Some auctioneers only have the expertise to sell certain types of properties, such as freehold houses. If there’s anything about your home that might be seen as a "problem" – anything from structural flaws to being located in a flood zone – ask auctioneers if they’ve ever sold such properties. If not, it’s possible that they will fail to attract any buyers for your house or flat.

How much time will the buyer have to complete the purchase of my home?

Typically, auctioneers provide buyers with 28 days to complete the purchase of a home, including paying the proceeds and signing all relevant legal papers. Always ask companies what deadline they set, as some might allow more time and others may set stricter deadlines. You should also ask whether you can negotiate a shorter deadline than they usually offer.

Nearby locations to Shadwell where we operate

Postcodes in and around Shadwell we cover

Types of property in and around Shadwell we acquire