Needing to sell your property quickly in East Ham

Our customers have told us of numerous reasons they have for choosing to use our fast house buying service. Frequent scenarios we hear are listed below –

Our team are more than happy to discuss how our property buying service in East Ham can be useful for you and are pleased to provide a free indicative offer. 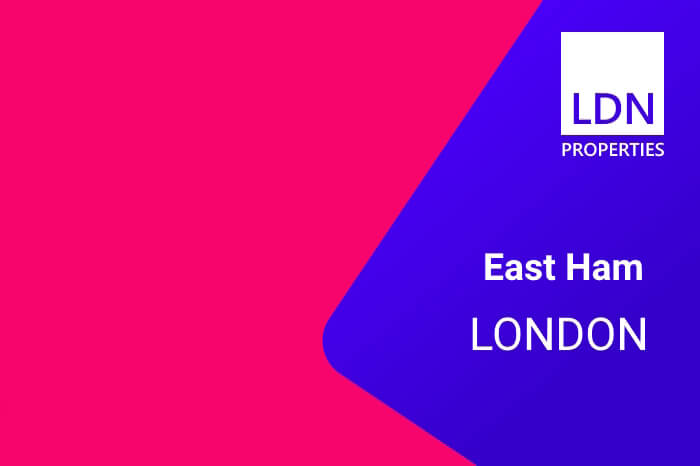 LDN Properties, which launched more than 15 years ago, gives London homeowners a simple and hassle-free way to receive fast and fair offers for selling freehold and leasehold houses and flats. Our team of experts can buy homes in East Ham, which is within the Newham borough of east London and is a mostly residential area of Edwardian and Victorian terraced homes.

We vow that you won’t ever have to pay any commission when you sell your property to us, because our philosophy is that homeowners deserve to keep all of the proceeds when selling. But if you decide to use an estate agent or auctioneer to sell your home, you will have to pay them potentially large fees which will reduce the net sale profit that you can make.

And we’re often much speedier than other methods of selling, because we can usually finalise the purchase of a property in a handful of weeks. With an auctioneer you’ll have several weeks to wait before the sale takes place, and a similar or longer wait if your property sells. When you sell via an estate agent you might be waiting many months, or possibly more than a full year.

Some auctioneers and estate agents are also limited in the types of homes that they can sell, but LDN Properties doesn’t have such restrictions. The long list of varied properties that we have experience with buying throughout London includes houses of multiple occupancy, flats with tenants who have a lengthy amount of time left on their rental agreements, homes that are lacking Energy Performance Certificates, listing buildings, properties suffering from significant structural problems including widespread dry rot and subsidence, and even plots of land.

Discover interesting information about the London neighbourhood of East Ham

East Ham was once part of the historic county of Essex and the area is recorded in history by its present name as early as the 13th century, referring to a parish separate from the parishes of Ham and West Ham. In the following centuries, East Ham has had a long and interesting history and there are many interesting facts to discover about this neighbourhood:

Are there any benefits of selling your house or flat fast in East Ham?

Yes, if you sell your East Ham property quickly — which typically means in a few weeks rather than a few months or longer — then there are certain benefits you will get to experience that aren’t necessarily available to those who wait longer to find a buyer for their homes.

One clear advantage is that you’ll get quicker access to the sale proceeds, which speeds up how soon you can spend them on whatever reason first led you to sell your home. Over the many years that we have been buying properties in London, some of the reasons we’ve heard for selling include needing to stop repossession of an existing home, wanting funds to upsize or downsize to a dream property, dealing with a major life change such as a divorce or birth of a child, wanting to sell an inherited but unwanted house or flat, and other situations.

Another benefit of a swift sale is that you might be more likely to receive offers from buyers based on your home’s current value, without having to worry whether a possible downturn in the property market in future months might have the knock-on effect of lowering your home’s value.

Locations in and around East Ham where we operate

Postcode areas in and around East Ham we cover

Types of property in and around East Ham we can buy